Behind the neoclassical façade of 16 rue de la Loi in Brussels are the offices of the Prime Minister's policy unit, made up of his political advisors, and the Chancellery, his administrative departments. 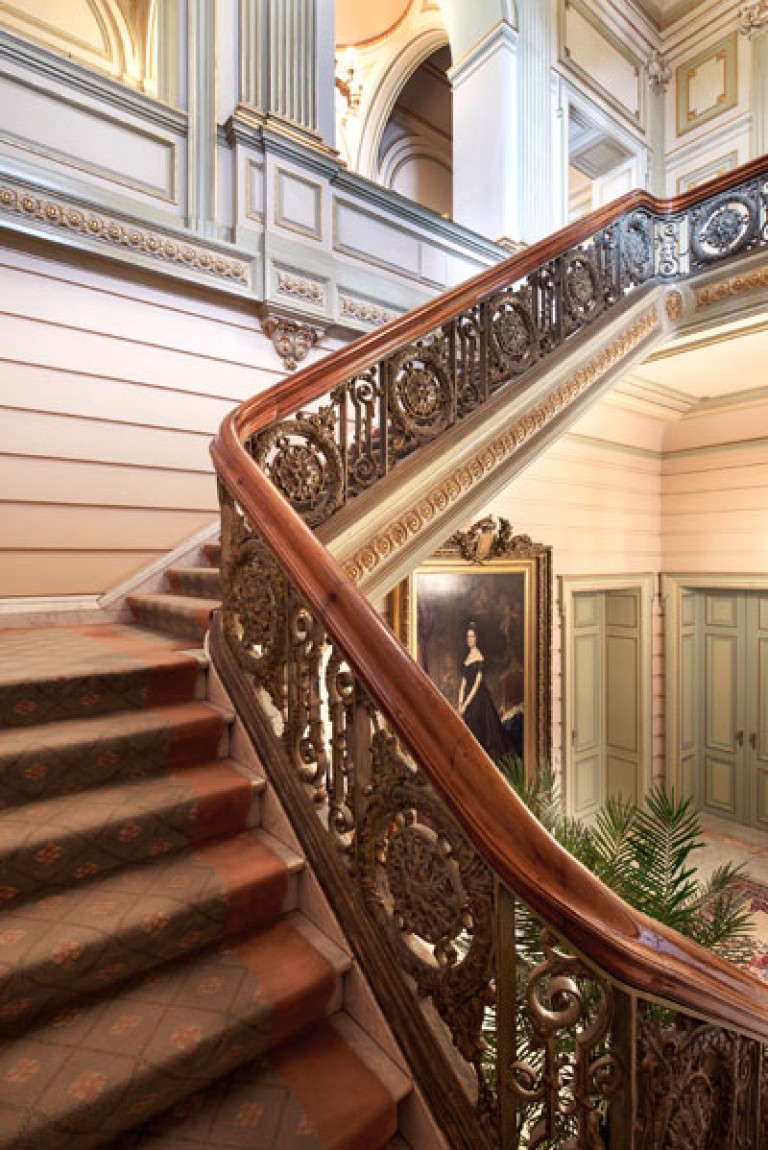 Everyone knows the building's main entrance: it regularly features in television broadcasts showing the prime minister and members of government standing before the entrance of the "16", when journalists report on political events.

The building, located across from the parc de Bruxelles and next to the Federal Parliament, was erected between 1782 and 1784 based on plans drafted by the architect Louis Montoyer.

In its early days, it served as a refuge for the Sint-Geertrui abbey in Leuven. Later on, it was also used by the Ministry of Foreign Affairs of the United Kingdom of the Netherlands, among others.

The Belgian State purchased the building in 1847 with the aim of housing various departments in its offices. In September 1944, Prime Minister Hubert Pierlot judged that the building at 18 rue de la Loi, which housed the prime minister's departments at the time, had become too small. He then decided to move to the building on the other side of the street, the now famous "16".

Since that time, 16 rue de la Loi has been the official headquarters of the Belgian government. The weekly Council of Ministers meetings and government press conferences take place in the building.

This office has seen successive prime ministers receive their counterparts, maintain numerous contacts and study many important cases. Each prime minister has brought a personal touch to the office's decor. 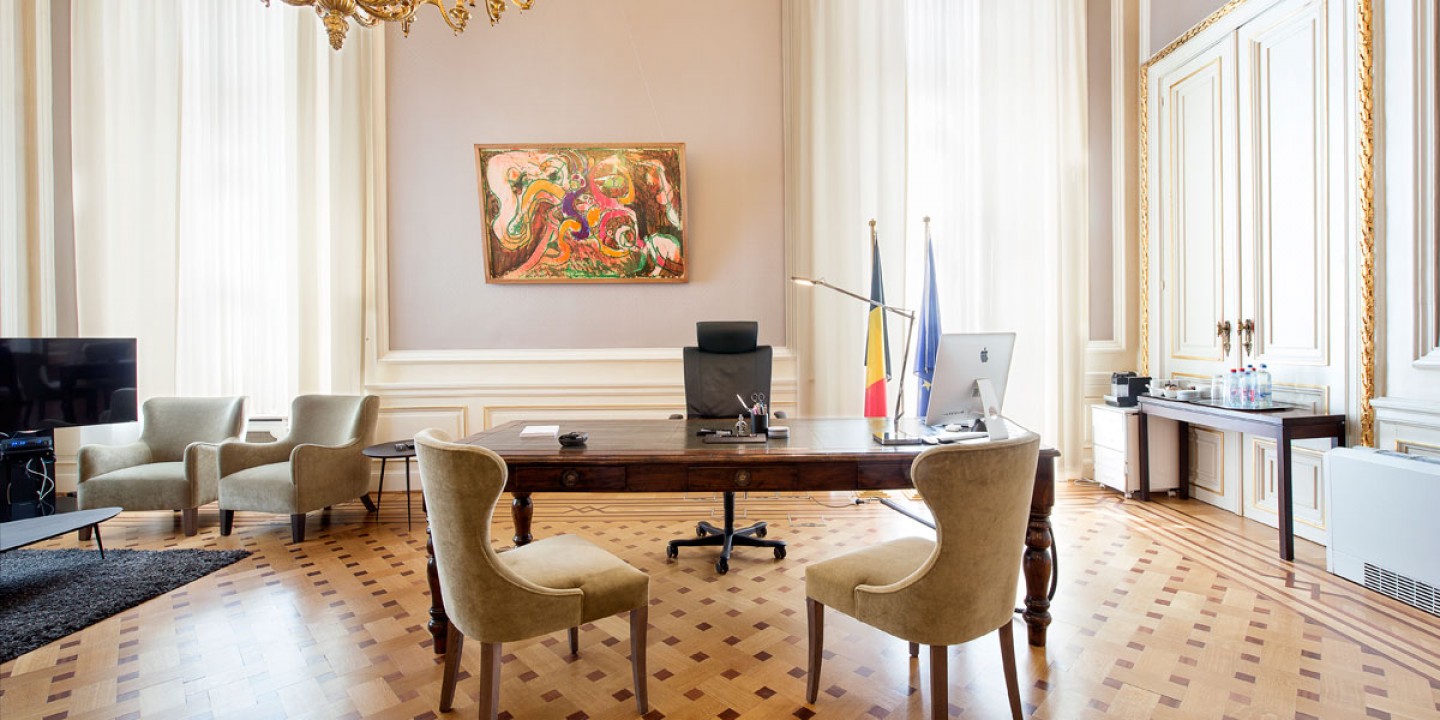 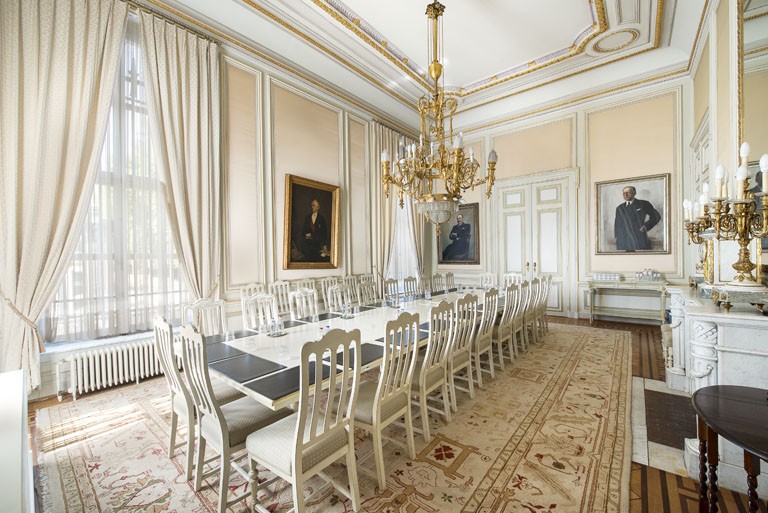 This room's name refers to the lilac-coloured border around the ceiling. The Council of Ministers held its meetings in this room after the war and up until the end of the sixties. The Lilac room was subsequently used for press conferences. The ministers were seated in front of the fireplace and the journalists took place on the other side of the table. The Lilac room is currently used for meetings or receiving guests.

The Council of Ministers room

After spending 14 years on the 4th floor, in 2021 the members of the government returned to this original room on the 2nd floor, near the Prime Minister's office. The room has undergone a major facelift to meet new security standards and current audiovisual needs.

The Council of Ministers room is called "Marie Popelin room" in honour of this leading figure of the feminist movement in Belgium. The name was chosen by Prime Minister Alexander De Croo. 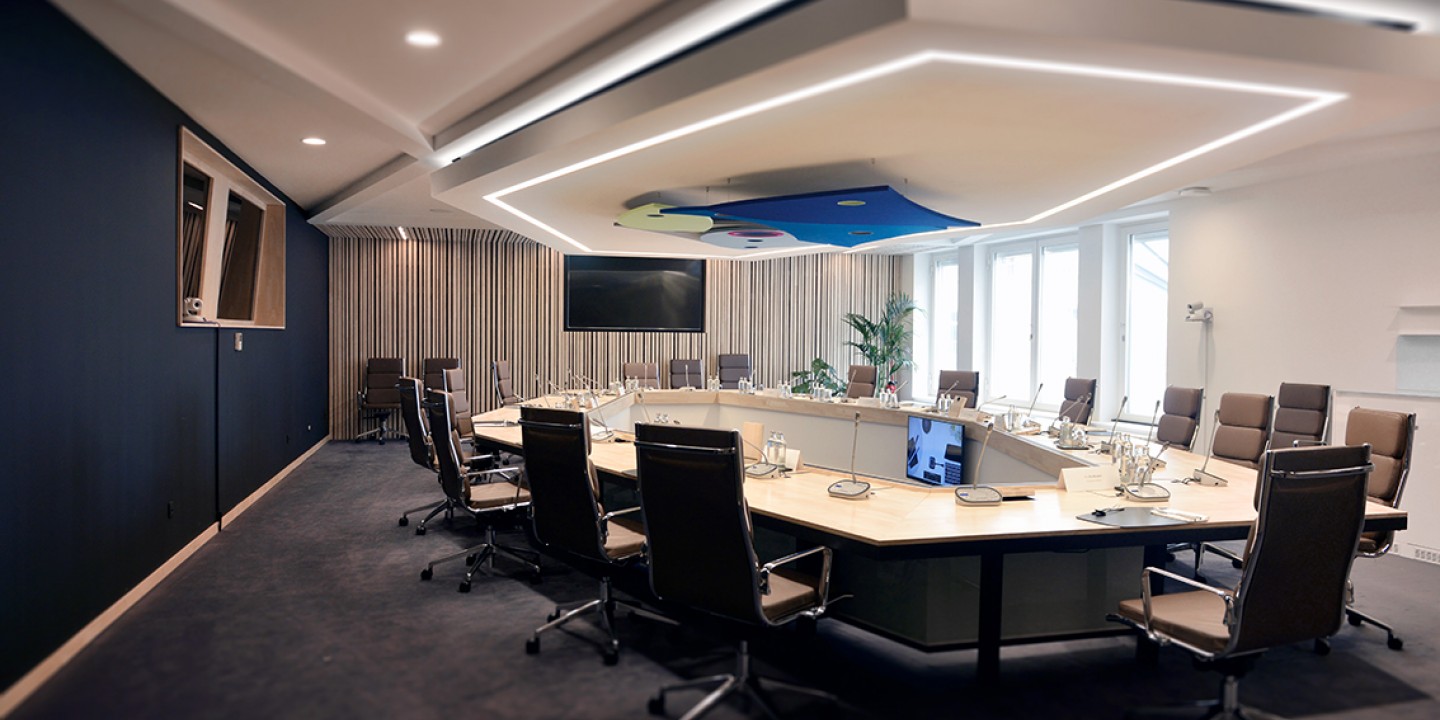 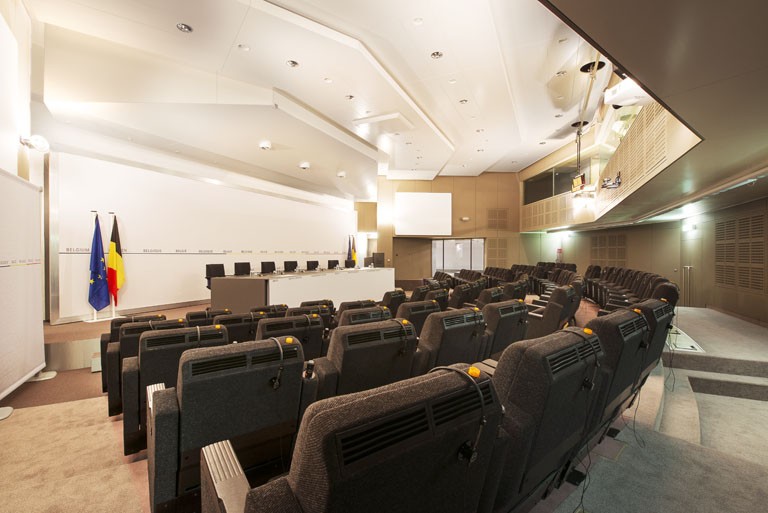 The press room, nicknamed "the bunker"

This room was inaugurated in May of 1992 under Prime Minister Jean-Luc Dehaene. This is where the government informs the press about the decisions taken during the Council of Ministers meetings. This fully equipped room is located on the first basement level of the Chancellery.